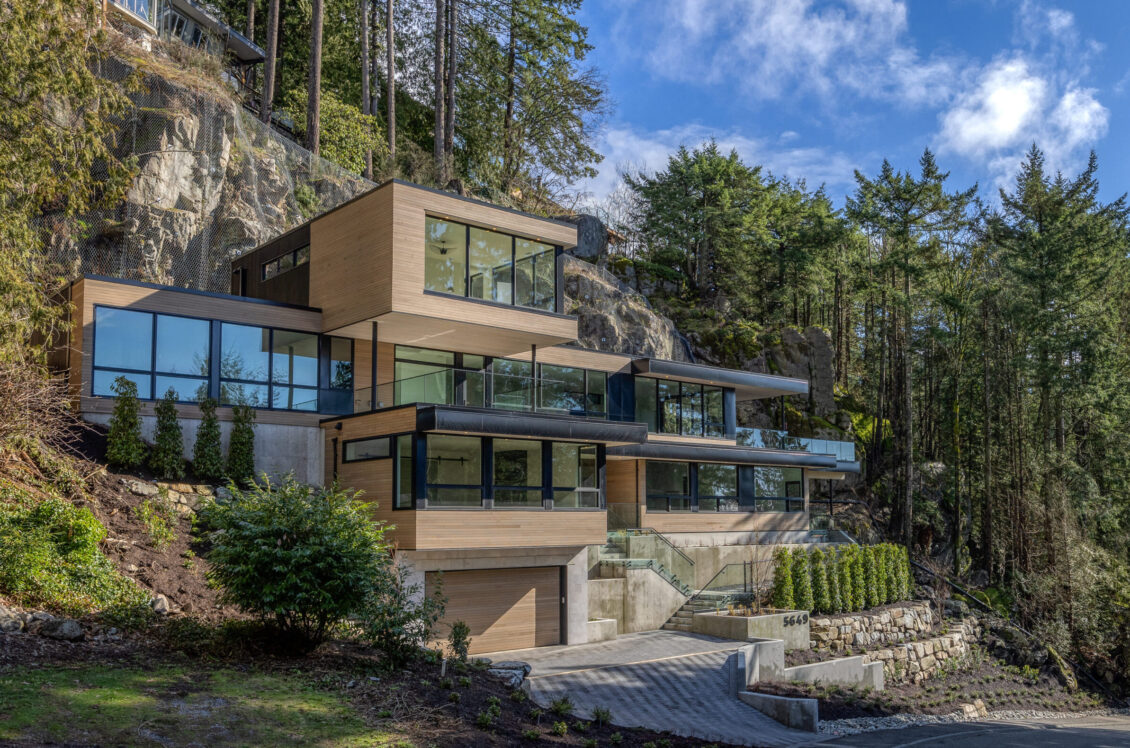 Built into the vertical face of the rock, the Westport Residence is a study of mass and void.

Completed in early 2022, this home is a combination of elements to create a unified, contemporary home that compliments the west coast aesthetic of the neighborhood.
This project was made possible only through an HRA (Heritage Revitalization Act) which serves to protect significant architecture. A large lot with an existing house on the top of the rock face, The Sykes Residence is a west coast modern house of importance, designed by Richard Kaffka in the 1950’s. With the HRA, we proposed subdividing the lot, in order to design a modern home on the lower portion, while maintaining the Sykes Residence in perpetuity.

Once subdivided, it allowed for the construction of a new home that, although different in form, takes its design cues from the Sykes Residence’s modern spirit. The natural rock bank separates the two dwellings both visually and geographically; each dwelling is a distinct entity unto themselves.
The Westport Residence is a series of horizontal forms, following the natural slope of the property. To further integrate the site, outdoor living spaces that float amongst the tall trees.
The large windows flood the home with natural light, further creating a sense of harmony with the natural environment.

A green roof was also incorporated into the design throughout the levels. It was important that when looking down from the Sykes Residence, one was greeted with a natural roof.